End of Summer is on September 23rd so it's only about 11 days until we'll hear the new song - so excited! Here's a screenshot (please also follow FYELECTRAHEART): 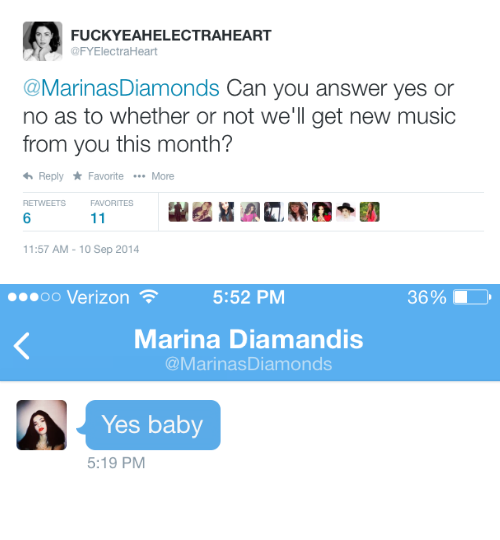 Marina was also  seen at the London Fashion Week at Somerset House on September 12, 2014 in London, England. (Photos by Neil P. Mockford/GC Images)
For more photos klick the image below: